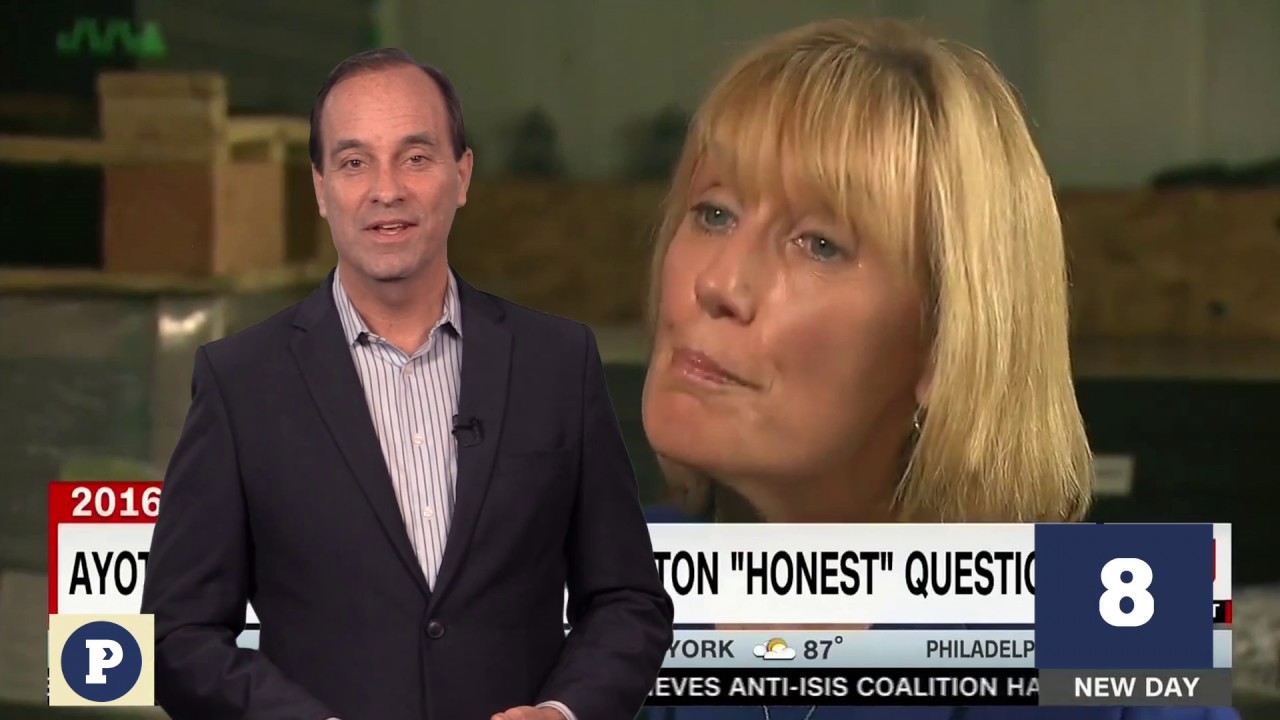 As we look back on 2016, there’s no shortage of Top 10 lists for the year that was. And we have our own list here at the Predictive Media Network…the Top Media Interview Blunders of 2016.

And it being an election year, there were plenty of media mishaps in the political world. Coming in at Number 10, former Presidential candidate Dr. Ben Carson walking away from a live interview.

Carson: Every aspect has to be great, including our inner cities.
Reporter: We just saw Mr. Trump here. I asked him, “How did it go?” He said, “Great!” He said he learned a lot of things. What do you think he took away from today?
Carson: My luggage. Hold on.
Reporter: Okay. Looks like Dr. Carson is going to try and find his luggage and he’ll be right back with us.
Russ Rhea:

One has to assume he didn’t know it was live. That’s one thing to always know or confirm first.
Number 9, during a live interview on ESPN just after the celebrity all star game…the lead singer of the band Arcade Fire, Win Butler, got political and was abruptly cut off.

ESPN reporter: Congratulations.
Win Butler: Thank you. I just want to say, as an election year in the US, the US has a lot they could learn from Canada. Health care, taking care of people-
ESPN reporter: So we’re talking about celebrity stuff, not politics. Congratulations on your MVP, and Team Canada.
Russ Rhea:

Completely dodging those questions backfired and ended up becoming a national story.

Reporter: I think you’re disappointed not just for yourself, for your teammates, because you guys talked about it. You are a band of brothers coming in and you’ve got to be real confident, what happened?
Cam Newton: I’m done (walks away).
Russ Rhea:

Stretching the truth is never a good idea in a media interview, as swimmer Ryan Lochte found out when he fabricated being robbed at gun point at the summer Olympics…

Dr. Ben Carson makes his second appearance on our media blunder list, coming in at Number 5 when he was asked about Donald Trump’s accusers…

Host: Are you saying that these women are lying?
Ben Carson: That’s your characterization because you need to characterize it that way to try to make me the bad guy.
Host: No, no, no. You just said you could … It’s a question.
Ben Carson: Turn her microphone off so I can talk.
Host: No. It’s a simple question. Yes or no.
Russ Rhea:

Number 4, the elections chief for the Phoenix Metro area, Helen Purcell, had a response that raised some eyebrows when asked about long lines and ballot shortages at polling places.

Reporter: Obviously, you’ve heard of all the frustration. Who’s to blame for this, these long lines?
Helen Purcell: Well, the voters for getting in line. Maybe us for not having enough polling places or as many as we usually have.
Russ Rhea:

Purcell later clarified that she wasn’t blaming voters for the long lines and she took responsibility. But the damage was done. She lost the election as county recorder in November after nearly 30 years on the job.

You might be able to look past one embarrassing media moment, but twice?

Which brings us to the Number One media blunder of 2016. To us, this one was an easy choice. What made this one stand out wasn’t so much the spokesperson’s performance facing a reporter’s questions but mostly the behavior of the PR person interrupting the interview. Here’s former Baylor University President Ken Starr being asked about the school’s failure to respond to sexual assault allegations…

Reporter: “What about the victim that came forward saying that she had personally sent you an email and Art Briles an email saying in the subject line that she was raped at Baylor. Did you ever see that email?”
Starr: “I honestly may have. I’m not denying that I saw it.”
PR consultant: “I want to talk to Mr. Starr. I need to talk to you, sir.”
Reporter: “Can I ask one more question?”
PR consultant: “I’ve got to talk to you.”
Starr: “OK.”
PR consultant: “She needs to ask you that question again, whether you do it on camera or not, it’s up to you. I just want to make sure it doesn’t end up mis-edited.”
Starr: “All I’m going to say is I honestly have no recollection of that.”
“Is that okay?”
PR consultant: “Don’t look at me, look at her!”
Reporter: “Then Starr answers again.”
Starr: “I have no recollection of that. I believe I would remember seeing such an email. The president of the university gets lots of emails. I don’t even see a lot of the emails that come into the office of the president. I have no recollection of it.”
Russ Rhea:

No doubt, we’ll be watching the media blunders in 2017 and how they can be prevented. Thanks for watching.