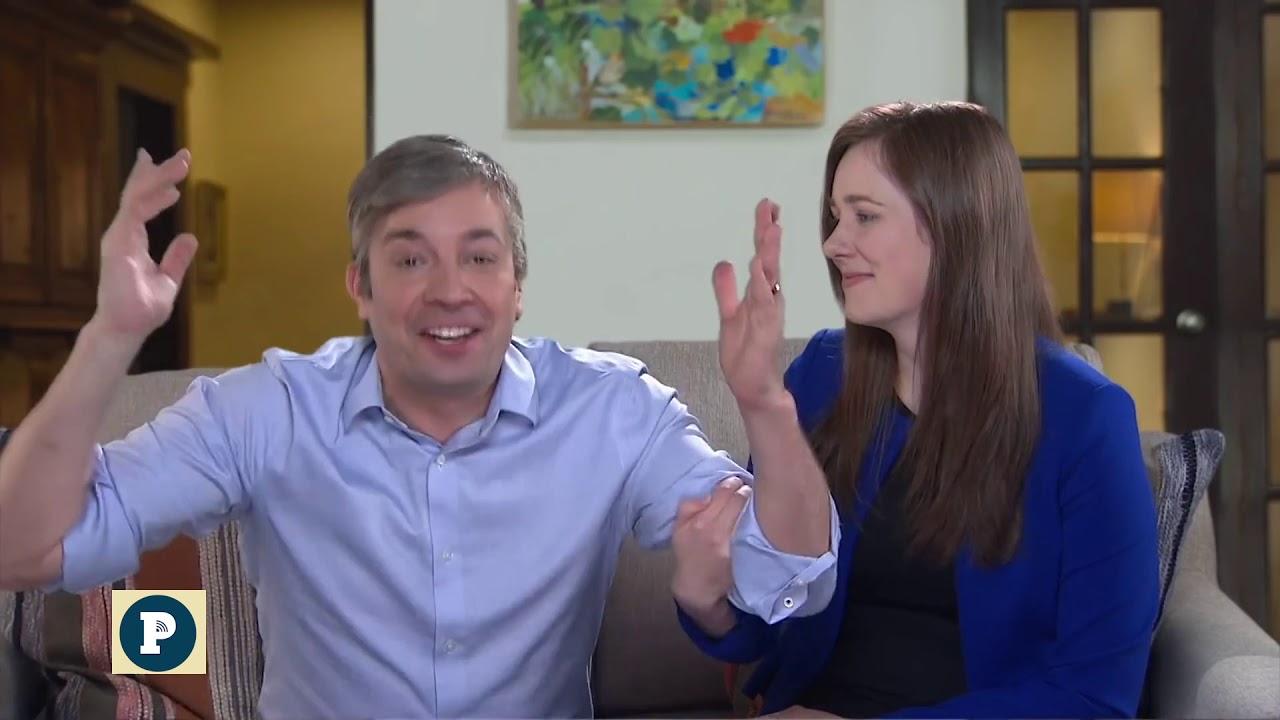 Late night comedians and President Trump have poked fun at the Beto O’Rourke’s for his big hand movements. Media trainer Russ Rhea with the Predictive Media Network analyzes whether or not the Presidential candidate needs to tone down his hands and some tips for everyone on how to avoid distracting hand movements in presentations and media appearances.

Hello, I’m Russ Rhea with the Predictive Media Network. This time coming to you from the Missouri Capitol, Jefferson City, here on a media training trip. Although now the Capitol Building is covered up for a big renovation. This time wanted to talk to you about hand gestures, which can be a very distracting thing with media appearances and speaking engagements. Much has been said about former Texas congressman, Beto O’Rourke, since he announced his candidacy for the president, about his big hand gestures. Among those poking fun at him were late night comedian Jimmy Fallon and even President Trump.

Jimmy Fallon: I’m Beto O’Rourke and I’m excited. That’s it, I’m just excited. Oh yeah, I’m also running for President of the United States. I love the United States and I love running. In fact, I literally just ran eight miles to get here. Folks on–

Russ Rhea: Normally we coach spokes people not to be too big and distracting with their hands, but in the case of Beto O’Rourke, not so much. I think it falls under one of those “any publicity is good publicity” things. He’s captured a lot of attention, not just for that but for other things, and he is who he is, it’s part of his personality, one thing that adds to his passionate persona, and not a big deal to try and do anything about it, at least for now. But big hand movements can be a big distraction for most spokespeople in speaking engagements and media interviews.

I’m gonna hold the mic on the side here to point some things out. Generally your hands should be in the ready position, which is down and in front of you. Subtle hand gestures are great. That’s how people speak naturally, it can help with emphasizing points and maybe adding a little inflection with your voice. It’s just when they get big and up around your face and out that they can become a distraction. One thing, simple trick that we suggest to spokespeople, is to hold a little something, I like a coin, but a small paper clip or something like that will work, where you can keep your hands in the ready position but by holding something it gives your hands a home.

You can still use your hands with the subtle hand gestures, but holding something keeps them confined and you’ve gotta place to put ’em when you come back in the ready position. So hand gestures are one of the distractions that we cover and talk about things to avoid in our Predictive interviewing media training sessions. To learn more about our individual and group sessions visit http://predictivemedianet.com. Thanks for watching.