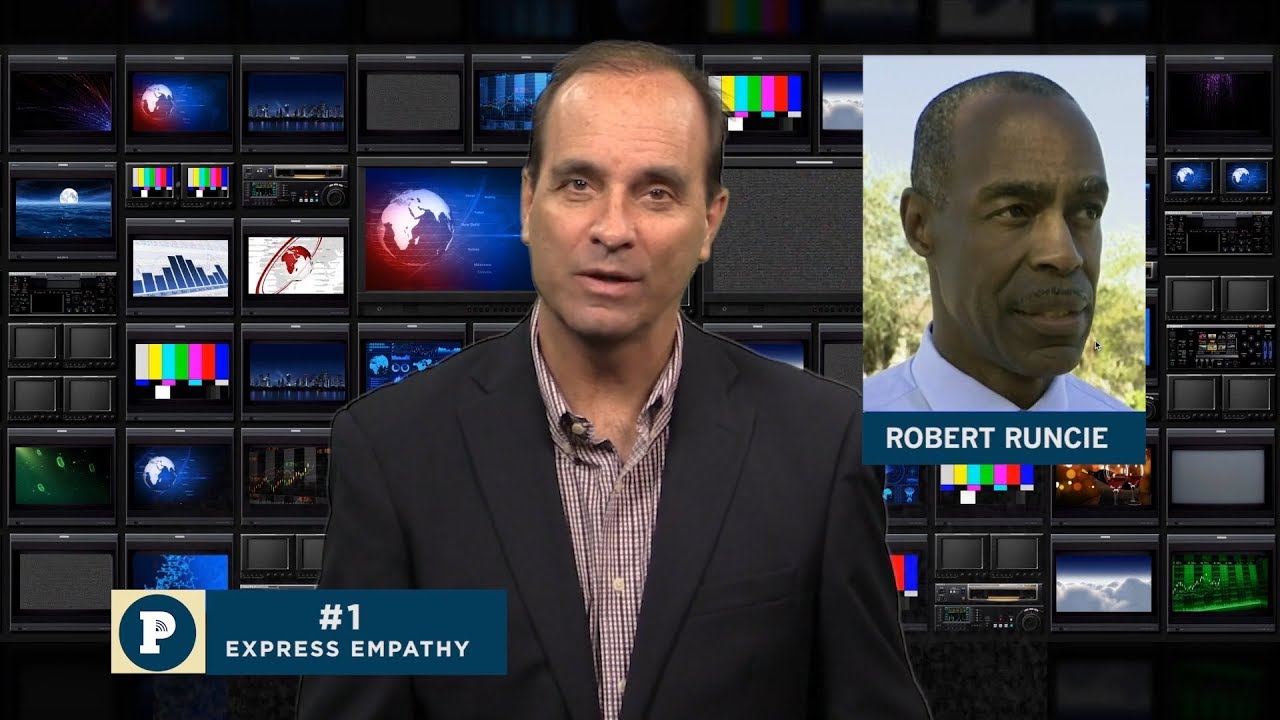 Media Trainer Russ Rhea with the Predictive Media Network analyzes the first interviews done by the Broward County Public Schools spokesman following the tragic shooting. Superintendent Robert Runcie utilized three of the most important principles when facing the media during a crisis.

Russ Rhea:
The first person in authority to talk to the media after the Parkland, Florida school shooting tragedy did quite well with three of the most important crisis communications imperatives. Hello, I’m Russ Rhea with the Predictive Media Network.

It’s hard to imagine more difficult circumstances than what Broward County Superintendent Robert Runcie faced when going before a crowd of reporters and cameras. The first thing that we emphasize in our Crisis Communication workshops is to express empathy, for the victims and all of those impacted by the crisis. And that’s exactly what Runcie did when responding to the first question in the first live interview he did.

Interviewer:
Tell me what you know at this point?

Robert Runcie:
Well first I can tell you that we can’t do anything other than put our prayers out for the families, the students in this school and this community. It’s just a heartbreaking tragedy.

Russ Rhea:
Expressing empathy right away is critical, particularly when the first questions tend to be something along the lines of, “What can you tell us?” And, “What’s the latest?” Rather than initially going into details, it’s important to give an empathy message right off the top.

Second, Superintendent Runcie did very well focusing on what was happening right now. We coach spokespeople to stay in the present when responding to media questions in a crisis, meaning reporters ask a lot of speculative questions or negative questions about what may not have been done in the past. The best and safest messages are focused on what you’re doing right now.

Robert Runcie:
What we do know at this point is that every single law enforcement entity in Broward County is on the scene, including the FBI. There are fatalities that are involved, we can’t confirm the number at this point. I am in communication with Sheriff Scott Israel.

Russ Rhea:
Third, a simple yet critical non-verbal, eye contact. When you’re on camera, it’s distracting to have your eye contact bounce around when you’re speaking to multiple reporters. Runcie held his eye contact with the reporter who asked the last question and then moved to the next questioner.

Robert Runcie:
I can’t confirm the number at this point, but there are fatalities involved here. – [Interviewer] Can you tell us at least how many transports, do you know, maybe a dozen? – I don’t know the number that’s been transported.