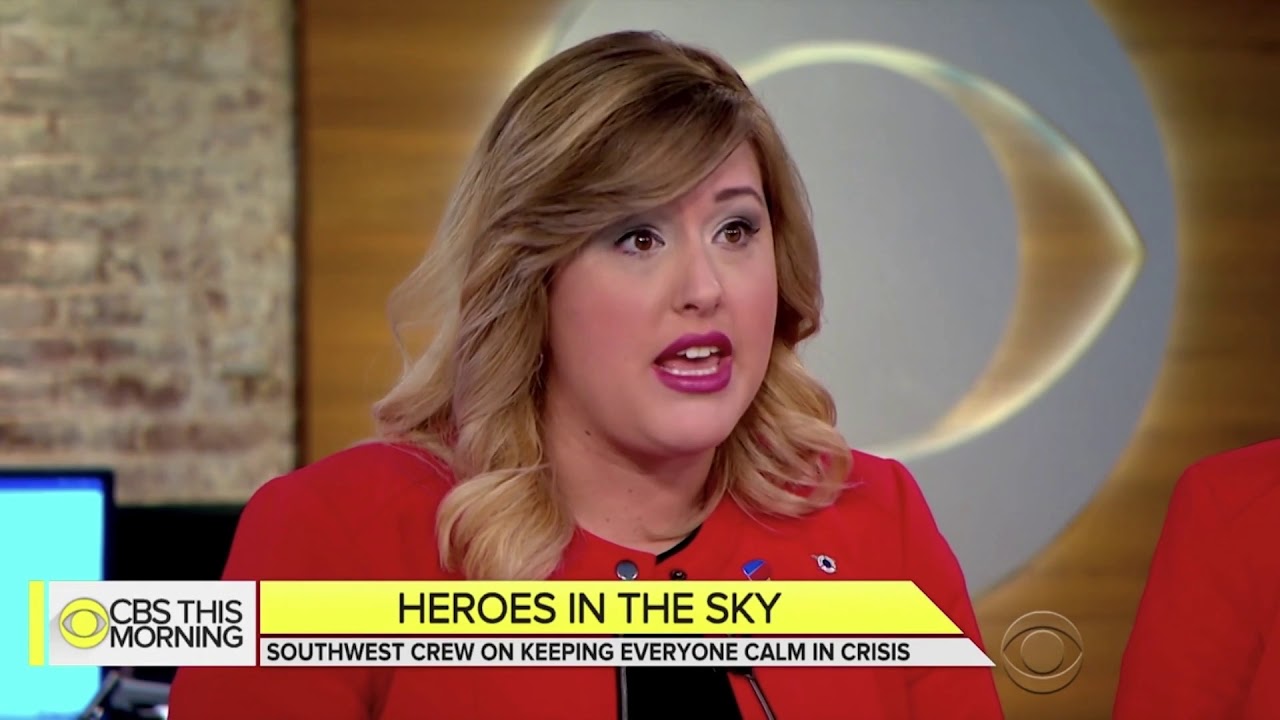 The entire crew of Southwest Airlines Flight 1380 were together for their first joint interview on CBS after a midair engine explosion in April. Media trainers Russ Rhea and Julia Hilder with the Predictive Media Network describe how the team was well prepared to face tough questions about their harrowing journey.

Russ Rhea:
Hi, I’m Russ Rhea along with my Predicative Media partner, Julia Hilder, and while we were in Houston doing a training session with some nice folks from the city of Bellaire, we came across the riveting interview the Southwest Airlines crew did regarding that tragic incident last month.

Julia Hilder:
It was a very emotional interview with the flight attendants and the pilots in which they talked a lot about the heroes on that plane.

CBS Anchor Gayle King:
How did you keep passengers calm?

Rachel Fernheimer, Fight Attendant:
Well, I think that we had to take ourselves out of the equation and realize that it wasn’t about us at that moment and it was all about our passengers. So, we went row by row, making sure everyone had their oxygen masks on and we just grabbed their hands, looked them in the eyes and said, “You’re going to be okay. We’re going to make it.”

Seanique Mallory, Fight Attendant:
We had faith and belief in our pilots and that we were all going to be safely on the ground, and we just kept that confidence the whole way through, let them know.

Russ Rhea:
And when pressed by the anchors to provide more detail on the death of the passenger, the flight attendants and pilots gracefully bridged to messages that paid tribute to that passenger, and also messages more focused on bringing that flight safely to the ground.

CBS Anchor Gayle King:
Because when you look at the size of an airplane window, I wouldn’t even think a human being could get through a window. Rachel?

Rachel Fernheimer, Fight Attendant:
You know, I think we’re just really thankful that we had awesome passengers that were able to assist us during a really difficult time. Without them, the situation could have been a lot different.

CBS Anchor Gayle King:
How is it physically possible that she could go out that window, Tammi Jo. Darren?

Pilot Darren Ellisor:
We saw a lot of things that day that were just unprecedented. It’s something that we had never seen in our aviation careers.

Captain Tammie Jo Shults
You know, the survival of 148 never eclipses the loss of one. Just from a viewpoint looking in, she seemed like a woman with a profile of just being beautiful, and in her priorities, she seems like she didn’t wait until it was convenient or easy to love her Lord and her family and her community.

Julia Hilder:
Southwest Airlines waited more than a month to bring this story to the public, but it proved to be very compelling and probably positive PR.

Russ Rhea:
Along with Julia Hilder, I’m Russ Rhea with the Predictive Media Network. Thanks for watching.