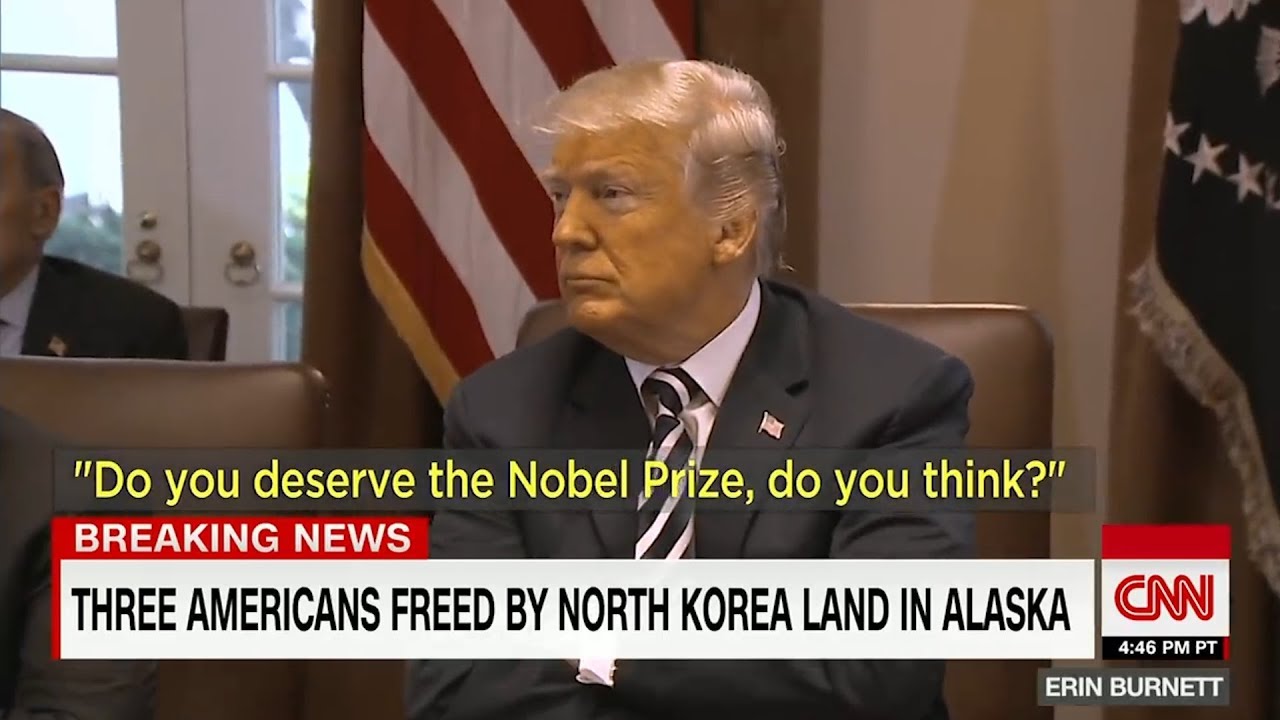 A former captive in North Korea used a simple technique to avoid a direct answer to a question about whether President Trump deserves the Nobel Peace Prize. Media Trainer Russ Rhea with the Predictive Media Network explains how proactively adding information helps you come across less evasive when you’re dodging a question.

Russ Rhea:
With U.S-North Korea relations hot in the news, there have been quite a few foreign relations and Asia experts in the news. One interview in particular caught my eye because it provided a good example of a simple technique to sound helpful and non-evasive when you don’t have a good answer to a question or don’t want to address the exact premise of the question.

I call it the “add something” approach. And it was used by journalist Laura Ling during her interview on CNN to get her reaction to three Americans being freed from a North Korean prison. Ling herself was held captive in North Korea until former President Bill Clinton negotiated her release in 2009.

Ling was asked an “on the spot” question about President Trump…

Laura Ling:
Well, I’m not doing to answer that question. That’s up to a committee. I do think what has been lost is in the conversation is human rights. We have heard very little about the egregious human rights violations that are taking place in North Korea and I hope in conversation going forward this becomes a part of the dialogue.

Russ Rhea:
In our Predictive Interviewing Model that was built on the research of hundreds of media interviews, we call that a “Probe Question” It’s a common question reporters ask to seek conflict and put spokespeople on the spot with a direct answer on a controversial topic.

Does President Trump deserve the Nobel Peace Prize? That’s a yes or no question. If she were to actually answer it directly, it probably would have made headlines and she clearly didn’t want to go on record either way because whatever she said, would have generated controversy.

Ling flat out said “I’m not going to answer that.” But she sounded respectful by adding something important about human rights in North Korea. She would have sounded less evasive by not even saying the part about not answering the question…and simply starting with “That’s something a committee will decide…what I think has been lost in the conversation is human rights”

For questions where you don’t have an answer or don’t want to answer, it’s ok to say things like “I’ll look into that” or “that’s not my area of expertise”…but don’t stop there. It creates an awkward moment where you could open yourself up for being badgered for not answering Always add something you want the audience to know. It’s the “I don’t know, but what I do know” approach. When you add something, you might be delivering a message that is helpful to the reporter and they’re more likely to move on to the next question.

What it comes down to is… we always coach our clients to constantly look for opportunities to add something throughout interviews. It’s a great way to stay in control and ensure you get to the message you really want in the story. Thanks for watching.