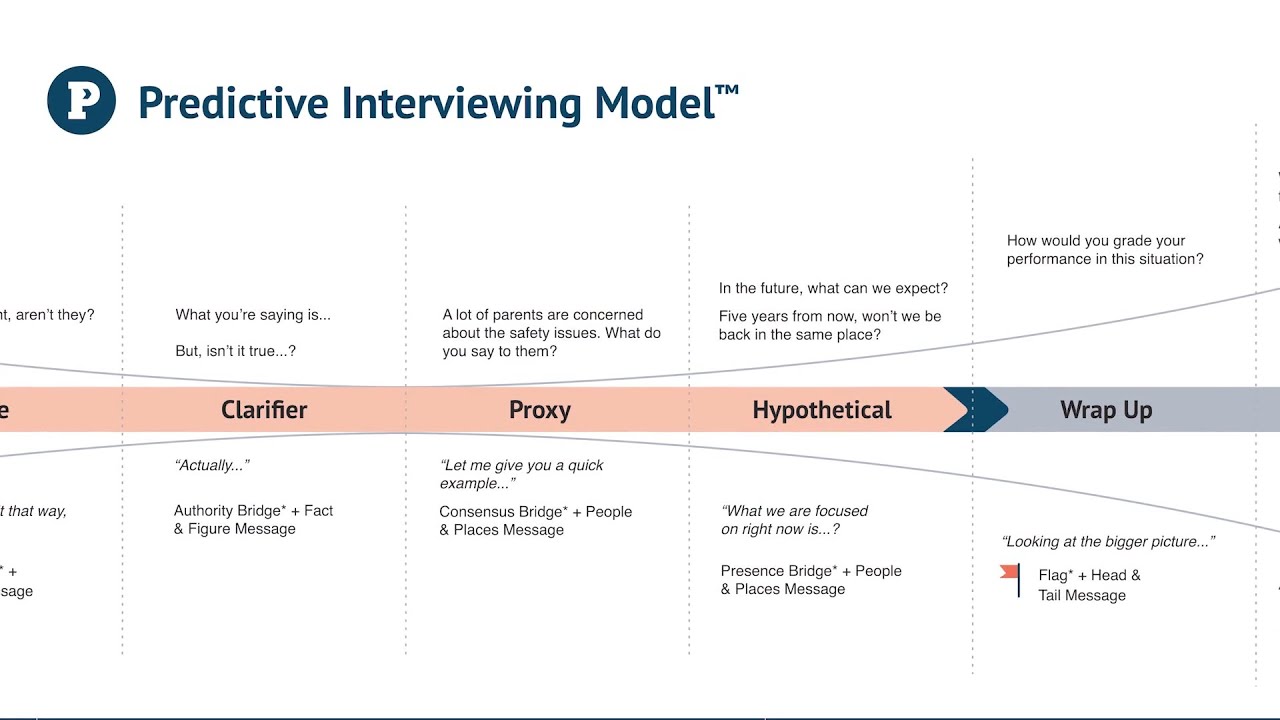 Hypothetical questions are one of the 6 question types reporters ask that we’ve identified in our Predictive Interviewing Model. “What if” questions are commonly asked in all sorts of settings and one of the most difficult to answer. In this video, Spokesperson coach Russ Rhea with the Predictive Media Network has some tips on how to handle questions intended to get you to speculate on situations that are often tricky.

He’ll explain how the “Stay in the Present” rule is critical when you’re asked a hypothetical question.

TRANSCRIPT
The number one rule when asked a hypothetical question in a media interview or any situation is don’t feel pressured to give a definitive answer. Hi, I’m Russ Rhea with the Predictive Media Network. Hypothetical questions are one of the six question types reporters ask that we’ve identified in our Predictive Interviewing Model that’s based on the research of hundreds of media interviews.

Why do reporters ask hypotheticals, and why are they so dangerous? For one, if you directly answer a “what if” question, you’re making a prediction or speculating on something that’s probably controversial. That adds conflict to the reporter’s story and makes it more newsworthy in their view.
Plus, why answer a question about something that may never come to pass? How to handle hypothetical questions?

You could take this approach that a police detective used in an interview about a murder investigation.

Reporter asks: “Is it possible that Daniel Green would still be alive if he had never posted that picture on social media?”

Response: “It’s an impossible question, but you wonder. It’s such a tragedy that we’ll never know.”

Russ Rhea: Other similar phrases to respond to hypotheticals might include, “Well, that’s in the future, but what I can tell you is”, or “I don’t want to speculate on that. What’s important right now is” That’s where the “stay in the present” rule is so important.

When transitioning away from trap “what if” questions, first, pause a few moments to consider your response, but maintain eye contact. Then talk about something you’re doing right now. Staying in the present helps you avoid common traps when you’re asked questions that rehash something bad that happened in the past, or questions that try to get you to speculate into the future. Thanks for watching.