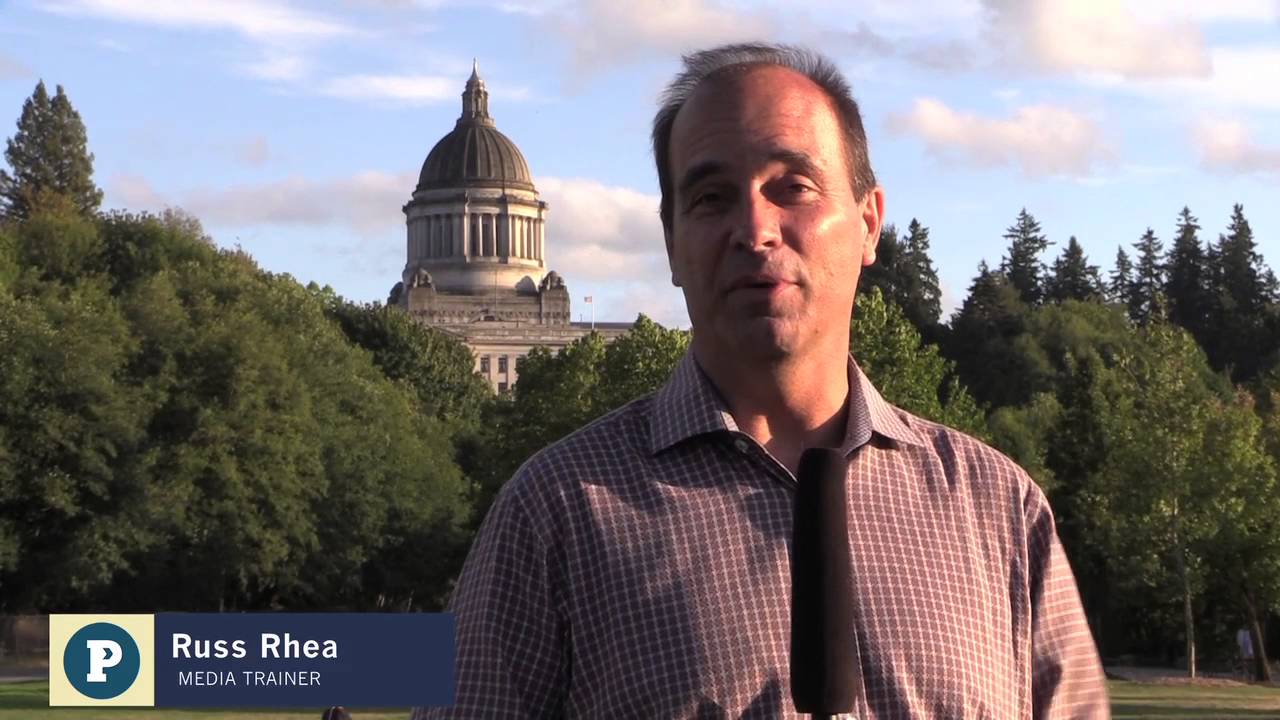 Florida Governor Rick Scott’s recent network live interview concerning the Zika virus is an interesting example of a common strategy in media interviews. Spokespeople often try to get their message delivered early and often when being interviewed by a journalist. Media trainer Russ Rhea with the Predictive Media Network talks about the company’s research on how most interviews begin and the best approach to make your message memorable.

Russ Rhea: Whether you’re a media spokesperson or perhaps you’re the one responsible in your organization for making sure that your spokespeople are prepared and effective, we’re going to talk today about an approach that greatly enhances the chances that a journalist is going to use the quote that you want them to use.

Hi. I’m Russ Rhea, and we’re here in Olympia, Washington, the state capitol, where we wrapped up our Predictive Media Network workshops with one of our great clients. One of the first things that we emphasize in our training is how important it is to get your message in early and often.

Now, here’s an interesting example in a live interview with Florida governor, Rick Scott, and what their state is doing to contain the Zika virus. You’ll notice that he gets in his message before they even ask a question.

Speaker 2: Florida governor Rick Scott is with us from Tallahassee. Governor, good morning.

Governor Scott: Good morning. Come to Florida. We are working hard to make sure you’re safe.

Speaker 2: Okay, Governor. Thank you. We want to ask you first what have officials told you about how worse this outbreak may become?

Russ Rhea: Now, I wouldn’t necessarily recommend taking that approach to get your message in that early right after “Good morning,” and it threw the interviewer off a little bit. However, it was very memorable, his message of “Come to Florida. We’re going everything we can to keep you safe.” There is really something to say about getting in the most important thing first in a media interview.

In our Predictive Media Network model, we’ve done a lot of research, and in our research, it shows that about 80% of the time the first question in an interview is going to be an open-ended softball question designed to get you to start talking. We call it the opener, and it’s a perfect opportunity to get that most important message out first. In fact, we emphasize that you be dead set on getting your headline in message first, and it works perfectly with this opener question where it’s just a very simple open-ended question.

Most spokespeople blow the opportunity of getting such an open-ended question because there’s this tendency to go back, give a bunch of background information related to the question and spending quite a bit of time before you finally lead up to your main point. With a reporter, it’s great to move that most important thing up first. Picture it as, “if I only get one quote or one sound bite in this story, what do I want that to be?” and that is the first thing out of your mouth,” and 80% of the time it actually works perfectly with that open-ended question, to begin with your most important message.

Next time you have to face a journalist or really any time you’re facing questions, think about saying the most important thing first. Thanks for watching.