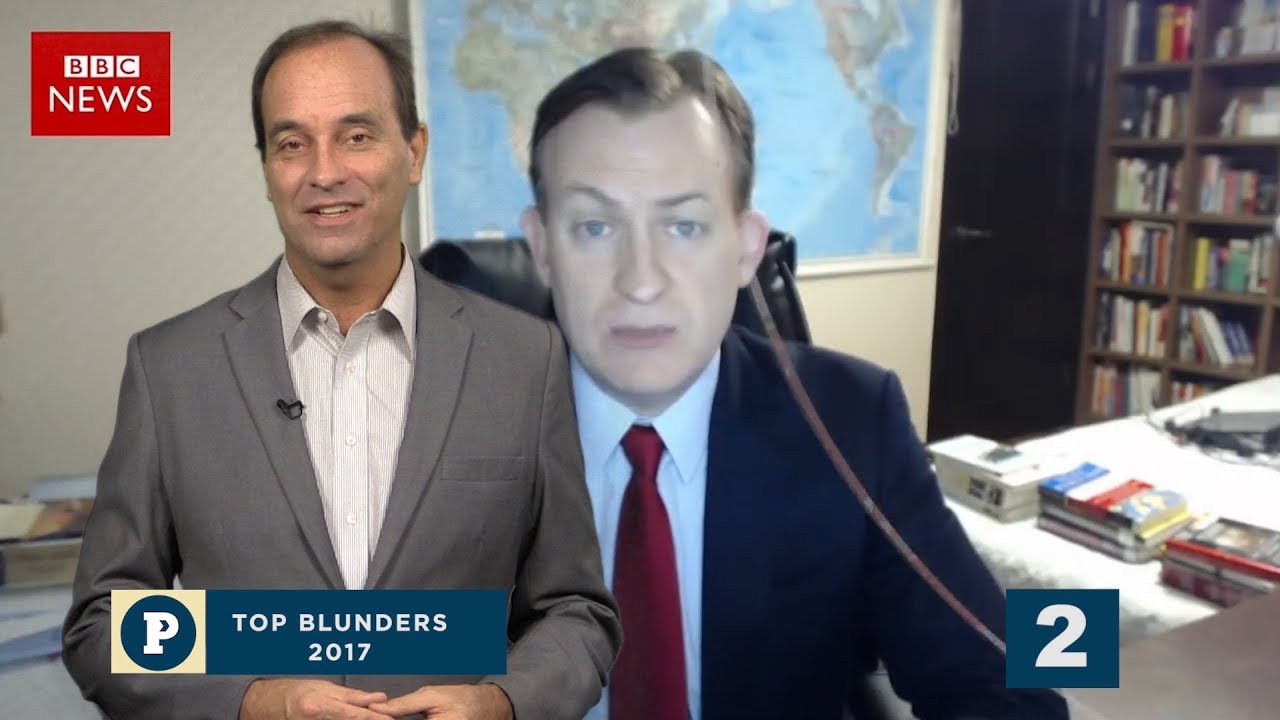 Media trainer Russ Rhea of the Predictive Media Network counts down the Top 5 Media Interview Blunders of 2017. Cam Newton and Anthony Scaramucci are just some of those responsible for memorable gaffes in the annual list of media faux pas.

Russ Rhea: We often take a look at bad media appearances here at the Predictive Media Network to highlight the biggest mistakes to avoid in interviews.As we move into 2018, this is a great time to look back at the worst of 2017…so here is our annual look at the Top Media Interview Blunders of the year.

Coming in at Number 5, Carolina Panthers quarterback Cam Newton makes the list for the second year in a row. He spent weeks apologizing for this response to a question from a local reporter who regularly covers the team..

Interviewer: I know you take a lot of pride in seeing your receivers play well. Devin Funchess has seemed to really embrace the physicality of his routes and getting those extra yards. Does that give you a little bit of an enjoyment to see him kinda people out there?

Cam Newton: It’s funny to hear a female talk about routes, like…

Russ Rhea: Number 4. Despite being one of Great Britain’s highest profile advertising the public relations executives, Lord Timothy Bell managed to break one of the most basic of media training rules…turning off your cell phone..

Interviewer: You were the man who went out to South Africa to secure this deal?

Russ Rhea: At number three is one of those interviews that went viral worldwide. This jogger being interviewed by an Australian network obviously had no idea how most media interviews begin.

Interviewer: And can you spell first and last.

Interviewer: [Laughing] I meant your first and last name.

Russ Rhea: At number two, likely the most memorable and certainly the most viral interview of 2017. However, Korea expert Robert Kelly was talking about something serious in a live BBC interview when this now famous interruption occurred..

Robert Kelly: The question is how do democracy’s respond to those scandals.

Interviewer: And what would it mean for the wider region? I think one for you children just walked in. Shifting sounds in the region due to relations were the north may change.

Robert Kelly: I would be surprised if they do. The um, pardon me. My apologies.

Interviewer: What does this mean for the region.

Russ Rhea:  And that brings us to the number ONE media interview blunder of 2017. You would think the White House Communications Director would know one of the most important rules when talking to a reporter…”there’s no such thing as off the record”

Scaramucci: Reince (Bleep) paranoid schizophrenic, paranoiac. What he is going to do is, oh, maybe Bill Shine (Bleep) let me leak … let me see if I can … these people. They way I can … Scaramucci for six months. Okay, but he leaked the (Bleep) stuff on me. You know my financial disclosures that was leaked to (Bleep) Which, is a (Bleep) Which, is a felony.

Russ Rhea: The Predictive Media Network will be watching for the top media interview blunders of 2018, and how they can be prevented. Thanks for watching.