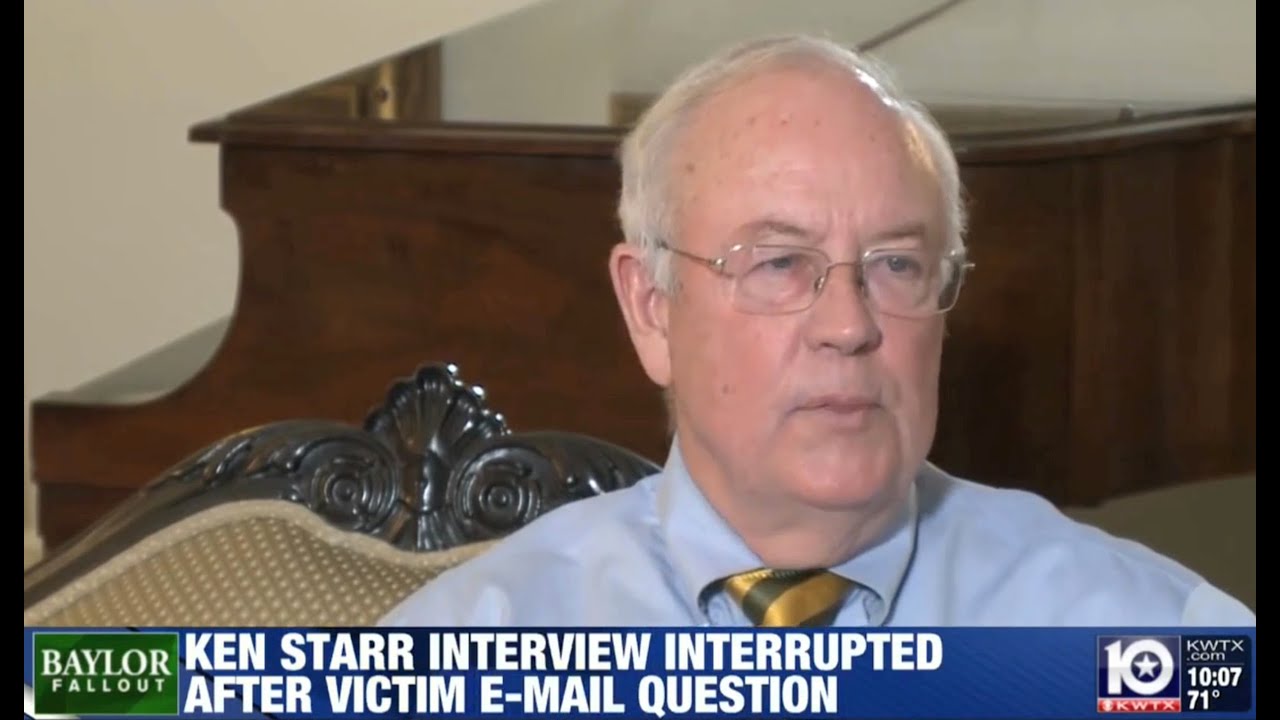 Russ Rhea, media trainer with the Predictive Media Network, uses the recent interview by former Baylor University President Ken Starr as an example to talk about ways to respond when you’re surprised with explosive information in a media interview.

This time, we’re talking about one of the most feared things in a media interview…being blindsided with some potentially damaging information you weren’t expecting.

We’ll have some suggestions on how to handle this sort of thing in a moment. But first, a review of the recent high-profile example of how NOT to handle a situation like this…when the PR person for former Baylor University president Ken Starr interrupted and stopped an interview with a Waco TV station. The premise of the interview was the university’s failure to respond to sexual assault accusations by several female students…

Reporter: “What about the victim that came forward saying that she had personally sent you an email and Art Briles an email saying in the subject line that she was raped at Baylor. Did you ever see that email?”

Starr: “I honestly may have. I’m not denying that I saw it.”

Reporter: “Can I ask one more question?”

PR consultant: “I’ve got to talk to you.”

Russ Rhea: While that response wasn’t great and he may have been trying to leave himself an “out” legally. It wasn’t nearly as bad as how he responded to the question when he came back and the interview resumed.

PR consultant: “She needs to ask you that question again, whether you do it on camera or not, it’s up to you. I just want to make sure it doesn’t end up mis-edited.”

Starr: “All I’m going to say is I honestly have no recollection of that.”

PR consultant: “Don’t look at me, look at her!”

Russ Rhea: First of all, for the PR person and Starr to think that the station would only air the edited soundbite from Starr after they stopped the interview is ridiculous. You are guaranteed to make the story a MUCH bigger deal any time you stop an interview.

While his first answer may have been awkward, the story wouldn’t have received nearly as much attention if he just stuck to that response.

Here’s what I suggest to the spokespeople we train in our Predictive Media Network workshops.

It comes up a lot because it’s a becoming a more common tactic with today’s investigative media to surprise the person in the interview with something and try to get them to comment on it. If you’re ever presented with a potentially damaging document, letter, email or anything, it’s quite simple what to do.

First, do not look at it or react to anything specific.

Maintain eye contact with the reporter and keep a positive expression on your face.

Then, say something like, ”Thank you for bringing this to my attention. I’d like an opportunity to review this in detail and then I’ll follow up with you with any specific questions you might have.”

The reporter will most certainly not let you get away that easy and WILL press you to react to specifics. However, no matter how many times you’re pressed, particularly if you’re in front of a recording video camera, keep with the same approach. Something like, “I would be a lot more helpful if I have an opportunity to review this thoroughly along with my other records to answer your questions.”

So, act helpful, promise follow-up, but never react to anything like that you’re NOT expecting when you’re on the record in an interview. The outcome is far preferable then being put on the defensive and trying to come up with a response when you’re on the spot.